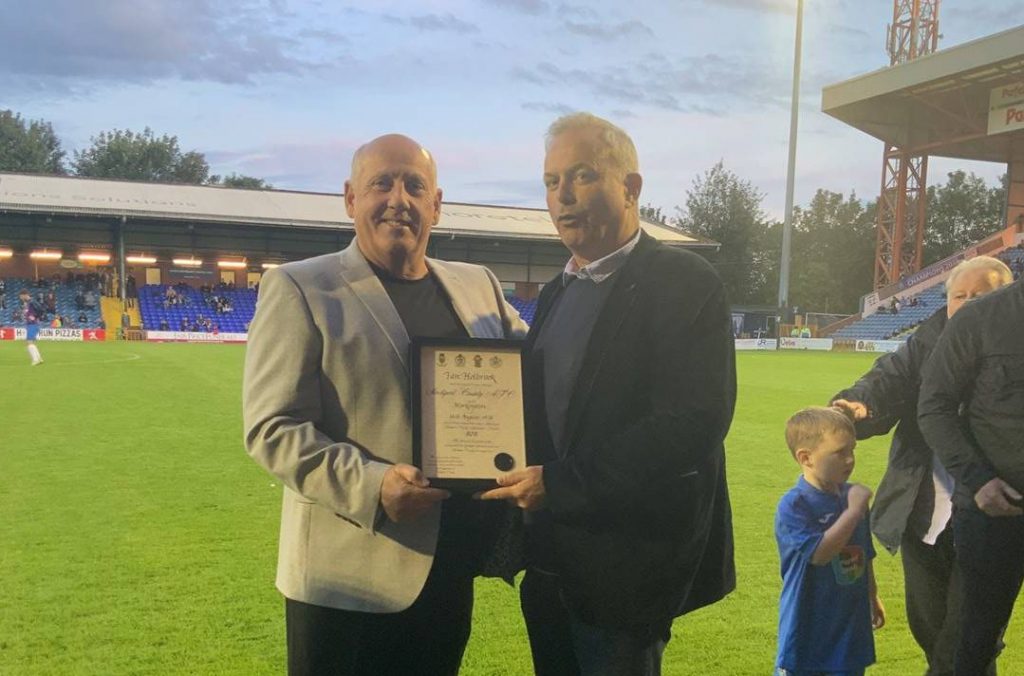 We love celebrating the achievements of the STL team and this week it’s the turn of our northern sales manager Ian Holbrook. Many of you know Ian but did you know he used to be a professional footballer? Ian played in goal for Bolton Wanderers and Stockport County during his career and it was the later that presented Ian with an award for his services to the club.

Despite now managing the north for STL Ian also has time to coach and help others pursue their football dreams. Ian son is a talented player so fingers crossed we’ll see him one day gracing the pitch at a professional club.

In his own words:

“It was very emotional, they looked after us Jack and Cath we’re there, sat in the Directors Box , and when they got the crowd to sing , There’s only one Ian Holbrook, that got to me.”

Everyone at STL is super proud of Ian, well done!